Before discussing the conservation of the puma cat we have to look at the threats.

My points of reference are:

– Wild Cats of the World

Conservation of the Puma Cat – Overview

In broad terms it seems that the threats are:

Conservation of the Puma Cat – Threats

As expected these all relate to the activities of people. In most of the countries other than the United States hunting is either regulated or prohibited. But in these countries loss of habitat and farmers killing pumas in retaliation for the killing of livestock is a real threat. I have to presume that as the puma and human is gradually pushed together due to human population growth these encounters will increase. What is being done to protect livestock from the puma? 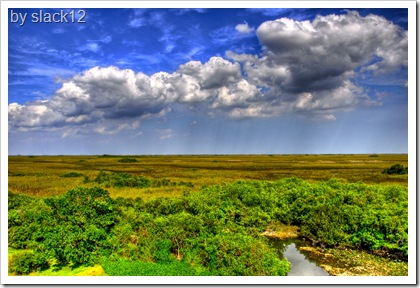 In the USA, surprisingly for me, sport hunting of the puma is allowed or the killing of pumas is restricted to what is called “nuisance cats” or cats that have killed livestock (hunting is “regulated”). What is equally disturbing for many people (but not enough evidently) is that sport hunting is conducted with the help of trained hounds leaving little chance for the cat. Mel and Fiona Sunquist in Wild Cats of the World call sport hunting “harvesting”. I find that term quite sickening. The cat is chased by the dogs up a tree where it is shot. Seems quite ridiculous to me. Unsurprisingly this form of “hunting” is very successful (87% success rate) and it happens quickly, taking an average of 1.7 hours to “tree a puma”. Hunters, it would seem, have created a new verb “to tree” [a puma]. It would seem that “harvesting” has not depleted puma numbers hence it goes on. Although the Sunquists say that “puma numbers appear to be stable…” It seems we are not sure but don’t care enough to check before hunting the cat. Mercifully, in California hunting is banned. Also in general, over the entire range of the puma cat, its population is decreasing (Red List), and so it is not stable as a whole.

In my opinion (and this is a personal one), keeping a pet cougar (my argument is here: Pet Cougar –new window) and the Red List itself are hidden silent threats to the survival of the puma cat in the wild. I think the Red List underestimates the threats and classifies too generously. The puma cat is classified as LC (Least Concern). Humans are also classified as least concern! This encourages hunting. I would like the Red List people to explain this as their justification on their website does not. They say the population is decreasing and that it has been extirpated over large areas. These statements do not seem compatible with a classification of LC.

The underlying threat is that peoples’ activities are incompatible with those of the puma cat. Take farming. The problem and negative attitudes towards to the puma began early on in North America. As soon as people introduced sheep and cattle into the landscape the puma quite naturally saw these animals as easy prey and like all animals it will find the easiest route to survival. In 1931, under pressure from ranchers, legislation was enacted, the Animal Damage Control Act (act), that resulted in the slaughter of 7,255 pumas between 1937 and 1970 (and incidentally almost half a million bobcats!). And between 1907 and 1978, over 66 thousand pumas were killed – shocking for people like me. This was one way traffic and no conservation.

This act still operates and 41 pumas were killed in 1990 under its legislation. It costs more to run the program than is saved by so called animal “pests”. The concept of having to kill pumas (acting naturally) for treating livestock as prey is financially unviable and misdirected it could be argued. Losses to the puma are small compared to losses from other causes such as disease. In Nevada sheep losses to the puma were .29% of the total, for example. People have complained that tax payers money has been ill spent in trying to eradicate the puma (note that the argument is not that it is unfair to kill the puma for doing what comes naturally). Surely we can devise better schemes to allow us to live more in harmony with the puma? Sometimes the reason why pumas attack sheep is because people have hunted its prey to near extinction. We are the cause. Other times it might be due to mismanagement of livestock; not taking proper preventative measures. More can be done it seems to prevent loss to both livestock and puma. Perhaps we just like the excuse to go out and shoot one! We are too eager to shoot it. There is no doubt about that in my mind. This is born out by the powerful gun lobby in America. This hunting, shooting thing is very peculiar to north America.

A mountain lion attack on a person also gives rise to a reason to hunt the animal down and shoot it. Yet these are very rare indeed and proactive steps can be taken which virtually eliminate it. These attacks in any case (14 in 117 years in California – see Mountain Lion Attacks in California) are caused by human activity encroaching on puma habitat. Also pumas become accustomed to us and therefore approach people, which terrifies people who are unaware of how to deal with the situation. It is very dysfunctional.

Other treats are road traffic accidents (a major threat if not the most important threat for the Florida panther) and poisoning, also for the Florida panther. Human population growth translates to more cars and more roads and more puma accidents. And more people means more industry which means more pollution (and the USA has the largest carbon foot print by far of any country), which results in water pollution through rainfall. This in turn pollutes fish life and ultimately the puma! Mercury poisoning has been reported in the Florida panther. This can kill on its own or diminish success rates of reproduction.

Then there is the low population of the Florida panther; less than 100. Is this a sustainable population? Will inbreeding gradually destroy the cat through poor sperm production and genetic defects. Apparently a population of 500 is required to remove this threat.

Then there is the ever present habitat loss and fragmentation due once again to human population growth and increase activity. 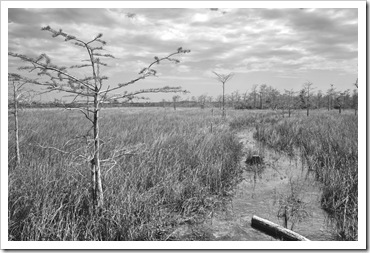 Conservation of the Puma cat

Lets start with the worst case, the Florida panther. The more you read about the conservation of the puma cat in Florida the more unsettling it looks and the more one becomes depressed about the long term prospects for survival of this cat surrounded as it is by ever growing human activity. I even proposed that the extermination of the Florida panther is the desire of many people in Florida. Of course, many take the opposite view but it is business that would like the panther out of the way and business runs the place.

As to traffic schemes, these have been implemented to prevent traffic accidents that kill the cat (fences and tunnels etc. have been installed ). I don’t know how successful these have been – probably some, but limited success. Road kills are still high and not it seems decreasing. There have been attempts to reintroduce pumas into the Florida parks. The first attempt failed miserably as of the seven introduced 3 were shot in six months and 4 recaptured within 10 months. It might be worth mentioning that a number of books on wild cats state that the Florida panther is a subspecies of the puma. The Red List lists it as a “subpopulation”. The subspecies assessment comes form various physical differences such as a kinked tail but these have also be attributed to inbreeding.

If the Florida panther is a critically endangered subspecies then the introduction of Texas pumas (see below) would not be a conservation process as it would dilute the genetics of the subspecies. This would seem to be a recognition that it is not a subspecies.

The second (1993) attempt involved 10 pumas. This is what happened next:

A third reintroduction was executed in 1995 when 8 female pumas were involved with the intention of reducing the threat from inbreeding mentioned above. Of the 8 introduced 5 mated with Florida panthers producing offspring and there are F1 and F2 offspring and backcross offspring (src: Genetics of Populations). Backcrossing is a crossing of a hybrid with one of its parents.

In South America livestock is also taken by the puma but not enough is known about jaguars taking livestock and how this compares to pumas doing likewise. Puma cats are being conserved in Brazil in the Iguaçu National Park.

Conservation of the Puma Cat – Other

Hunting is prohibited in:

Hunting is regulated in:

From Conservation of the Puma Cat to Wild Cat Species

Conservation of the Puma Cat – Other links:

Conservation of the Puma Cat: Photos: published under a Attribution-NonCommercial-NoDerivs creative commons License — this site is for charitable purposes in funding cat rescue.