I also discuss the wildlife found in this habitat as this is also relevant. When writing about this subject we need to remember that the Bengal tiger’s wild habitat is decimated (much reduced). It isn’t possible to simply point to an area on the map and say that is where the Bengal tiger lives.

In general the Bengal tiger lives in a wide variety of habitats. Sixty percent (60%) of the habitat is “tropical and subtropical moist broadleaf forests”. Twenty-one percent (21%) of the habitat of the tiger is “temperate and broadleaf mixed forest” and the third most common type is “tropical and subtropical dry broadleaf forest”. They also live in coniferous forest, mangrove forest (Sundarbans – see below), and “tropical grass and shrubland”1. The Bengal tiger also lives in dry thorn forest in north-central India and the tall grass jungles of the northern Himalaya2. The Bengal tiger lives primarily in relatively small reserves in India as well – Indian Bengal Tiger Reserves and see comments below.

The tiger has found space away from people in the Himalayas of Bhutan surviving above 4,000 feet – The Tigers of Bhutan. This shows the adaptability of the tiger to different habitats.

The name “Bengal” tells us in what region of the world this animal once lived and at one time in relative abundance. In rather crude language the historical and geographical region called, “Bengal”, is at the top right hand corner of India (see map). Another way of describing the region is to say that it is located in the northeast of south Asia but that doesn’t mean much to me. It basically constitutes Bangladesh and the Indian state of West Bengal. The map above shows the area.

Of course the Bengal tiger doesn’t confine itself to countries or states. It knows no boundaries and this big cat is found inBangladesh and India (see the places and populations in India where it is found), and also in Nepal, Bhutan, Myanmar (Burma) and Tibet.

The population of the Bengal tiger is perilously low at about 1,400 at April 2009. Of this number about 280 live in Bangladesh most of which are in an area called the Sundarbans (as at 2008). The problem is that this area of the world is highly populated with people squeezing out the tiger. Bangladesh is one of the most highly populated countries in the world. People and tiger are forced uncomfortably and unnaturally together at the tiger’s expense. The Bengal tiger habitat is shared with people including tourists. It is thought that tourists disturb the tiger. 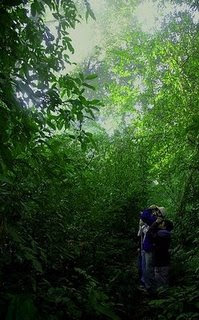 Because the natural wild tiger habitat has been drastically eroded by people it has been necessary to find alternative and protected habitats. These are the reserves. Nearly all the Bengal tigers are now in reserves or parks (src: Indian Tiger). Two such tiger reserves are the Ranthambore National Park in Rajasthan, India and the Sariska Tiger Reserve. Another reserve for the Bengal tiger is the Kaziranga National Park in Assam, which is in north east India. There were around 30 Bengal Tigers in the Kaziranga National Park 1972 and 86 in the 2000 census (src: Wikipedia). There are meant to be 37 Bengal tiger reserves 6 of which are in Nepal and Bangladesh. Many are small – too small it is said. We hear what I would consider depressing stories about reserve tigers such as poisoning tigers in this park, it is claimed that the Kaziranga National Park has a rich supply or prey for the Bengal tiger, which allows it to become larger than normal. It is also claimed that the park has the highest density of tigers in the world at one tiger for each five km² of park area.

The Sariska Tiger Reserve covers 866 km² and is situated 107 km from Jaipur and 200 km from Delhi. Here is a map of the prominent Indian Bengal Tiger Reserves if you click on the blue flags you can see more information and a picture of Bengal tiger habitat – also you can move the map around: left click and hold on the map and move mouse to move the map:

And this link takes you to a lot more about these reserves: Indian Bengal Tiger Reserves.

Here is a Flickr photograph by by TusharKumar of the Sariska Tiger Reserve. He says:

“Sambars are primarily browsers in Sariska Reserve, feed mainly on coarse vegetation, grass, and herbs and of course favourite of tiger.” 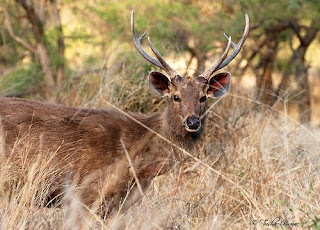 And what of the Sunderbans in Bangladesh where the tiger lives cheek-by-jowl with people? It is an area where there are dense mangrove forests and where the land meets the sea. Bengal tigers in this region have adapted to the dense forest and the sea water. Tigers are good swimmers anyway. In the Sunderbans (a national park) the primary prey for the tiger is the chital (axis deer), wild boar, and monkeys. Here is a picture by by YamezA (a Flickr photographer) of the Sunderbans to get a feel for the area. There are two deer in the photo, potential prey for the Bengal tiger. 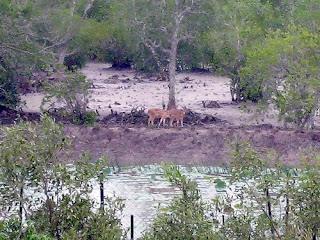 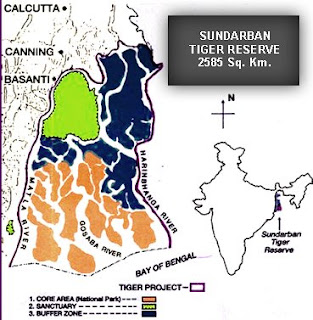 I have taken the great liberty of reproducing the above map from the Sunderbans National Park website but have given a link to the site in return. If that is a problem please tell me and I will take prompt action.

Bengal Tiger Habitat — Photos except header are published under a Attribution-NonCommercial-NoDerivs creative commons License — this site is for charitable purposes in funding cat rescue.