NEWS AND COMMENT-CHESTER, UK: Gareth Olsen, a tree surgeon, was clearing a field near Chester for a landlord. He stumbled upon a woman in her 50s and her soulmate cat when she waved her hand and said: “I live here”. The area where she lived had been undisturbed for a long time. News media reports that she was living in a hedge. We don’t have details for her or her cat.

She had some basics such as a tarpaulin, a kettle, some plastic bottles and other bits and pieces to help sustain herself.

Home for a homeless lady who refused to be separated from her cat. She was ‘living in a hedge’ with her soulmate (her cat). Image: MEN MEDIA

Home for a homeless lady who refused to be separated from her cat. Image: MEN MEDIA.

Mr Olsen was obviously surprised, perhaps shocked and fortunately he’s a decent bloke because he wanted to help. Equally fortunately he happened to have a friend who could help and did. Lucky lady. Good guys.

Olsen does charity work in Deeside but doesn’t have any contacts in Chester and scratched his head as to what to do to help. He decided to give her some money and some food and contacted a friend, Adam Dandy who works with a homeless charity, Supporting Homeless Assisting Refugees Everywhere (SHARE).

Olsen said: “I thought I would call my friend Adam Dandy as she does a lot with the SHARE charity, and they have sent their outreach team out to help this lady”.

He also said: “Bless her. When I first met her, I said I hope you don’t mind me asking but how long have you been here, and she said a couple of years – probably two or three. ”

The woman said she was “quite hardy” and that she was in need of a new sleeping bag as hers had seen better days. According to Olsen she wasn’t doing very well and needed help.

He said that he couldn’t sleep that night because he wanted to make sure that she was okay. At the beginning she said that she would just move on and get out of the way. She even reassured Olsen that she would tidy up afterwards.

He found out that she had tried to find accommodation in the past over the years, but her cat had been an obstacle because lots of places wouldn’t take a cat. She described her cat as her soulmate, and she wouldn’t be separated from him. She was forced to live rough (until now). We’ve been told that Mr Dandy has helped.

He said that the woman is now receiving help to find housing. We expect her to be rehomed with her cat all being well.

It is a story of the beautiful and strong connection between an independent-minded and hardy woman who refuses to be separated from her soulmate and will endure extreme hardship living rough under a tarpaulin in a hedge in order to do so.

It is a reminder of that bond between human and cat. It is also a reminder that there should be more places which accept pets. This is an ongoing issue with landlords in the UK and probably in other countries.

They don’t like to accept pets because they think they damage their property but there are ways around the problem. One way is to demand a bigger than normal deposit to cover any possible damage.

Another linked problem is that women who are abused by their partners and who have a cat companion often cannot find a refuge for themselves that accommodates cats as well. This results in abused women staying with abusive partners to their extreme detriment and sometimes to the detriment of their cat. There are numerous instances of abusive men abusing cats to get at their former female partner because they are very attached to their cat companion.

5 things that can happen to improve rentals to pet owners

In some Australian jurisdictions families are being forced to give up dogs and cat when they go into rental accommodation ...
Read More

Information about landlords and pets in the USA and UK (2022)

Apparently 7% of UK landlords rent out their properties as 'pets allowed'. My research indicates that in the USA it ...
Read More

Fires in multi-cat homes are going to kill more cats than in single cat homes. That is obvious. There are ...
Read More

In the UK, and there are similar issues in the USA, there are complexities and barriers in trying to be ...
Read More

Maria Cazanes (also said to be 'Casanas') has lived in her apartment in Miami Beach, Florida, for 28 years. She ...
Read More

Kristen Lindsey’s landlord, another veterinarian, quietly encouraged her to kill Tiger the cat

At the time Dr Kristen Lindsey killed Tiger with a bow and arrow she was living in a property which ...
Read More

Why a landlord should allow a tenant with a cat

I think that you will find that most landlords don't allow pets. And they don't differentiate between cats and dogs ...
Read More 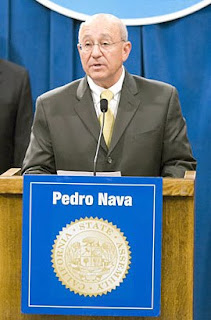 by Michael (London, UK) This story was thrown my way by one of the anti-declaw troops, Susan Woodhouse, and I ...
Read More

AB 2743 - the landlord-renter declawing and debarking bill by Michael (London, UK) Californian government with a protest outside - ...
Read More
Please comment here using either Facebook or WordPress (when available).