A lot of people, including so called experts and scientists, don't think that there is such a thing as cat personality types. A lot of vets until fairly recently didn't even think cats felt pain so they declawed them without conscience! Things are changing. 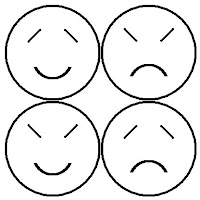 Cat breeds have distinct appearances otherwise they would not be a cat breed. And people in the cat fancy also like to differentiate between the cat breeds in terms of cat personality. The Ragdoll is relaxed and the Bengal is active and so on.

There are several terms to describe cat personality. I am sure some scientists don't like to think of cats as having personalities - it is too unscientific. Accordingly, other terminology is proposed such as: coping style, temperament, behavioral tendency, strategy, syndrome etc. However, there is now greater recognition amongst scientists that the personality of vertebrates varies between the extremes of bold at one end of the spectrum and shy at the other. A cat with a bold personality is proactive and the shy cat is reactive. Clearly there is a lot of middle ground.

Proactive cats tend to become aggressive quicker than reactive cats. They explore more and try and "manipulate the situation"1. They have less fear of new things or experiences (not neophobic). These cats are less "socially bound". They are therefore more prone to disperse but they have routines and are less innovative.

Reactive cats are what one might imagine them to be. They react to change and resist and/or adjust. They are "more cautious and more sensitive to external stimuli". They make decisions more slowly (cautiously) and adjust to changes rather than make changes. Reactive cats are less prone to take risk but are more prone to stress related illness.

Whereas cats who are more reactive can suffer from stress more readily, proactive cats, in taking higher risk and demonstrating more aggression, are exposed to the possibility of a greater chance of infection of the Feline Immunodeficiency Virus (FIV) particularly if the cats concerned are feral tom cats.

It is probable that proactive or bold cat personality type cats are under less stress and have at least potentially a better survival rate (but there is no science on this as far as I am aware).

However, as mentioned the bold cat get into social ranking fights. This leads to bites, which in turn leads to a greater risk of infection of FIV as it is transmitted through bites.

In terms of evolution it may transpire that bold cat personality types develop a resistance to FIV over time and/or they become less proactive or a least less aggressive whilst retaining their bold characters.

Inbetween these two extremes of the shy and retiring reactive cats and the bold up front proactive cats there is the vast majority of cats in the middle ground.

Looking at my two cats:

Both are charming in their own way. I know that true cat lovers and caretakers are very aware of their cat's personality. You get to know it intimately. It is some veterinarians in America who seem to see cats as automatons without feeling and individuality. This allows them to mistreat cats in declawing them. We are right.