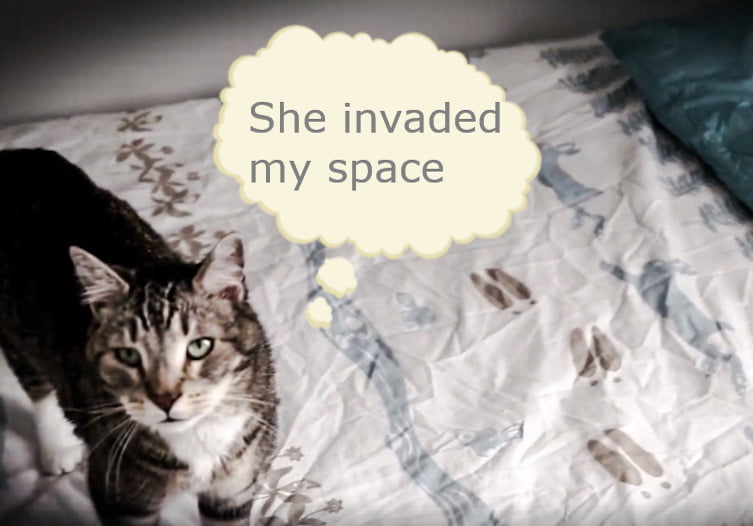 This cat is peeing machine so says Jackson Galaxy. On his Facebook page he presents a video which he describes as My Cat from Hell. This Cat Is a Peeing Machine. In the video we see the cat’s owner’s explaining to Mr Galaxy what their cat is doing. The cat is spraying urine horizontally against the sides of a bed where their daughter sleeps or I should say used to sleep. This is not cat peeing to void urine but scent marking.

She can no longer sleep in the bed because the family cat has sprayed there 10 times and obviously it has become unusable. We know how difficult it is to remove cat urine from objects particularly duvets. It’s almost impossible. No doubt the cat’s owners are at their wits end which is why they called in Jackson galaxy.

We do not see Mr Galaxy solving the puzzle. I have searched for the conclusion to the video without success. We don’t see him explaining how the problem can be solved. I would like visitors to discuss it in comments. In the meantime I am going to present my answer. Galaxy asks if there are cats outside. He is trying to find out why the cat is marking territory. The home owner says there are no cats. However, he thinks that the cause is some invading cats entering the yard causing the home owner’s cat to become stressed and territorial.

Michele had seen the entire episode and it transpired that it was invading cats despite the fact that the home owners said there were no such cats. She says:

“Jackson set up a night time video surveillance system to find out which cat was invading the territory. He found out which neighbor owned the cat that showed up on the video “invading” the yard. He spoke to the neighbor about keeping the cat in at night to help her neighbor and of course was met with a big no, not my problem. So Jackson put some non toxic cat repellent devices that had stakes going into the ground in the yard. That completely stopped the peeing.”

Before Michele commented below my theory was as follows: 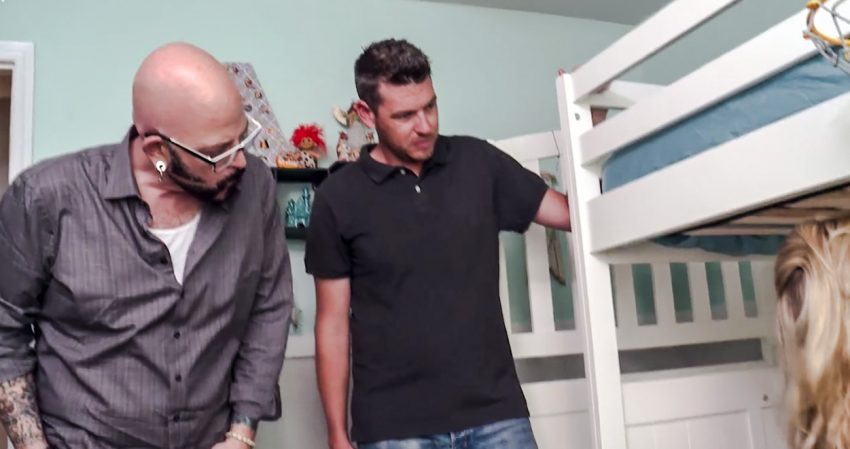 I would suggest that her presence is the problem. It’s a very similar problem to introducing a new cat to a household causing the resident cat to become upset. They might never get along. The resident cat may consistently and persistently resist the presence of the new feline incomer.

I suspect that this will be the case with the daughter and this cat. The cat may never accept her. The answer may be one which is very unwelcome, namely that the family rehome the cat. They then might adopt another cat who is more accepting of the daughter. An alternative is for the daughter to sleep in the same room as her parents. This may mask her scent with that of the parents. The cat accepts them.