As I have said that this cat breed is rare and is one of the exotic breeds. Exotic cats have became very popular over the past ten years. However, this breed, at least at the moment, has not followed the trend in the way that, for example the Savannah or Bengal has.

The idea for the California Spangled cat was born out of similar thoughts as the other exotic and designer cats, namely to allow the public to live with a cat that had the appearance of a wild cat, this time the Leopard. This would give pleasure and simultaneously remind the human companion of the plight of endangered wild cats including the Cheetah or Bengal tiger (new window). The breed originates from the 1980s, about the time when the first exotic cat, the Bengal was gaining ground in the popularity stakes. Whereas the Bengal and Savannah are the creation of a wild cat/domestic cat hybridization this breed is all domestic and a hybridization of various domestic cats such as the Abyssinian, American and British Shorthairs. Note though that a truly exotic and very much a designer cat, the Toyger, has also been created, exclusively, from domestic cats. The Toyger is one of the most attractive of all domestic cats, being breed entirely through careful and selective breeding.

This breed’s relative failure to take off in the manner of the Bengal may be due in part to a false start, when in 1986 the breed was launched by being an item in a well known mail order catalogue (Neiman Marcus). This was probably a step too far for the majority of people. This cat was being treated as a product which can still happen but this concept is not thrust upon the public in quite the same way these days. There is a degree of hostility from some quarters to the concept of exotic domestic cat breeds despite the good intentions of the breeders. Apparently the breed “died out” in the 1990s and there are now a handful of breeders and few customers. In my survey of the rare domestic cat breeds the California Spangled Cat came out as one the rarest. That said, this cat is no more wrong or right than the other exotic breeds and there is a lot of things that are right about them. 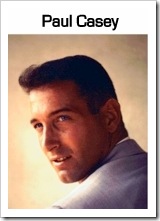 1971 – Breed’s founder Paul Casey returns from Africa with the idea of highlighting the plight of the reduced numbers of wild cats by breeding a domestic/wild cat lookalike. Jean Mill the Bengal cat founder had similar views. Paul Casey was a man of many talents, a polymath, I would say. Udana, a close friend, writes about him below and I will do the same in due course.

New: Detailed: The History of the California Spangled Cat

Question? Is this cat breed extinct?

The appearance is similar to the other exotic cats only it is probably fair to say that this cat is less well developed, which is probably due to the lower amount of interest in this breed. Less interest means less breeders and obviously less chance to co-operate in the breed’s development. The coat is a tabby

spotted not dissimilar to the spotted Bengal cat. The body conformation is similar in being lean and athletic. She is obviously a medium sized cat, with all the usual attributes of the domestic cat. The coat in the picture looks ticked (i.e. the agouti gene banding gives this broken tabby rustic look). The classic special tabby coat is ticked coat of the Abyssinian cat. Nonetheless this is a handsome cat. Apparently breeders have created a California Spangled cat with a semi-marbled type coat similar to the King Cheetah: see King Cheetah pictures

I am very pleased to say that I have received information about the California Spangled cat from Udana Power who was a close friend of the founder of the breed, Paul Casey. She has very kindly provided me with a lot of first hand information. For the sake of accuracy and as a matter of interest I publish the contents of her fascinating email below:

“Paul Casey was one of my best friends. I met him in the 70s when he was developing the California Spangled Cats. They didnt’ even have aname at that time. He was raising them in an apartment in Westwood, California, right above the Hamburger Hamlet. That is where he started writing his play “Juana.” I played Juana in a number of the readings and on a short video that we made together.

Paul was amazing in every way. A true visionary. A genius. He gave me a little pet whom I named “Ocea.” She a little bit of “ticking” on her fur like a squirrel and had a white tip on her back foot… so she couldn’t be shown… however, she was GORGEOUS (as you can see from the attached photo). We bred her. I have many photos of her off-spring. They are packed up somewhere with lots of other photos. Paul sold them for $3,600 for a while. I lived with a number of them for a long time. They were so smart. Just like dogs, except better. Could figure things out. They played jokes. We would play tag when I got home from wherever I was. Each of them had their own song and they would come when I sang their song.

I loved what you wrote about the California Spangleds. I was with Paul that first day at Neiman Marcus in Beverly Hills. Helped him take the cats in. Little did we know what was going to happen. He was so dedicated to them. I asked him how many there were at the time… he said only 4 in the whole world. The waiting list went on for years.

I still have the “His and Hers” gift catalogue from Neiman Marcus. I think it was 1984.

The reason that Paul told me they were like “the unicorn”… they came and they went was for a couple of reasons…. Paul was a writer. Didn’t have much money. Didn’t care about money. He bred these for the love. When people would bring their cats back to breed at the kennel he would expect them to have them checked by a vet. One fellow had a big “cat party” for his cat before he brought it to the kennel… had everyone bring their animals over… the Spangleds were like that. Very social. Anyway… Paul said that cat brought a disease into the kennel and the next 36 kittens died.

It was devastating for him. Emotionally. Financially. In every way. After that his mom got very ill and he had to take care of her… and then he became ill. He spent the last year finishing up his writing projects. I bred Ocea and he sold about 5 of the cats… but I was not licensed and was a struggling actress/writer. I had to move… was unable to continue breeding due to location so ultimately had to have Ocea neutered. It was difficult.

I can only say that these cats were miracles. I have photos of them. Amazing and beautiful guys. I also have a couple of copies of the calendar that Paul created for the Spangles in 1989. There are lots of gorgeous photos in it as well as his full story about how he did it. If that would be important for you, I would be very happy and proud to send you one of them. They are a treasure. He shot the photos himself. You’ll also see a photo of Katangi as well. That was one of the original cats that Paul used to breed the California Spangles. It took him 15 years. He started with the body. Used 8 different cats from 4 different continents. He said he got the body first and then added the spots last. The only thing that surprised him was the 8 different colors they came in.

I have found a photo of Ocea (see below). She was amazing. Solid muscle. And her fur was sleek and soft like a seal. When she strolled around the house she walked with a low slink… like a large cat in the wild… except she was a little house cat.”

Left: Ocea – copyrighted photo of California Spangled Cat. “Ocea” – She was a gift to me from Paul Casey in 1992. Ocea was an AMAZING cat. I was very blessed to have had her in my life.

She was a gift to me from Paul Casey in 1992. Ocea was an AMAZING cat.I was very blessed to have had her in my life….Udana Power. Udana intends to send me some more photos and one of the orginal Calendars. She says…”It was the only one made. Just that one year. I have a few of them. You can take whatever you want from there and put it on the site. There are lots of great photos and the whole story of the cats.

From California Spangled Cat to the Home page